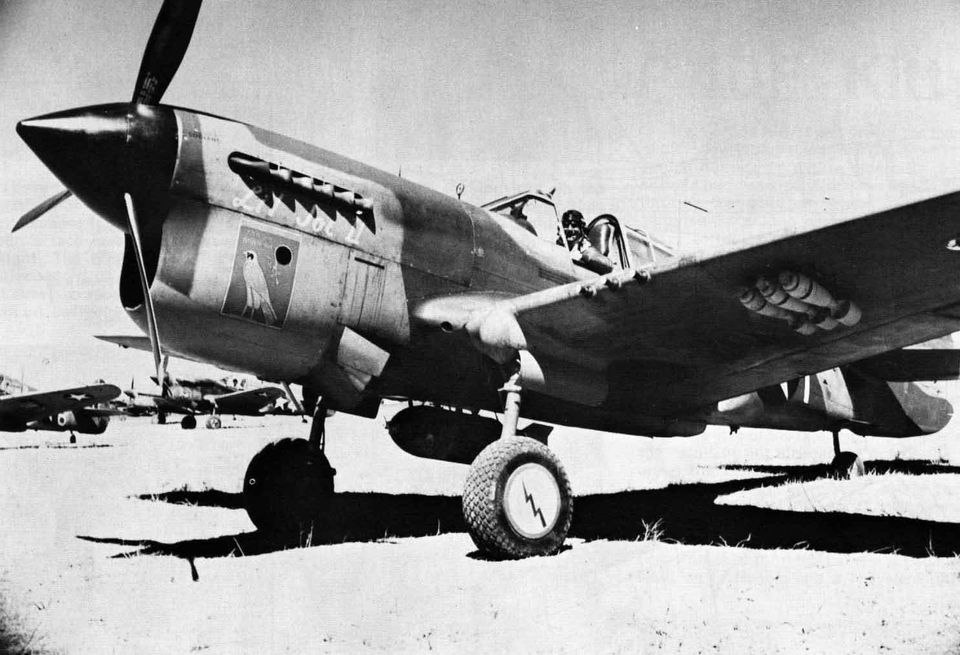 The 79th Fighter Group was one of the most successful, yet overlooked, units of the United States Army Air Forces in WWII. This site is meant to honor and remember each of its members, not just for his service and sacrifice during the war but also his accomplishments throughout his life.

Served in the Mediterranean Theater of Operations 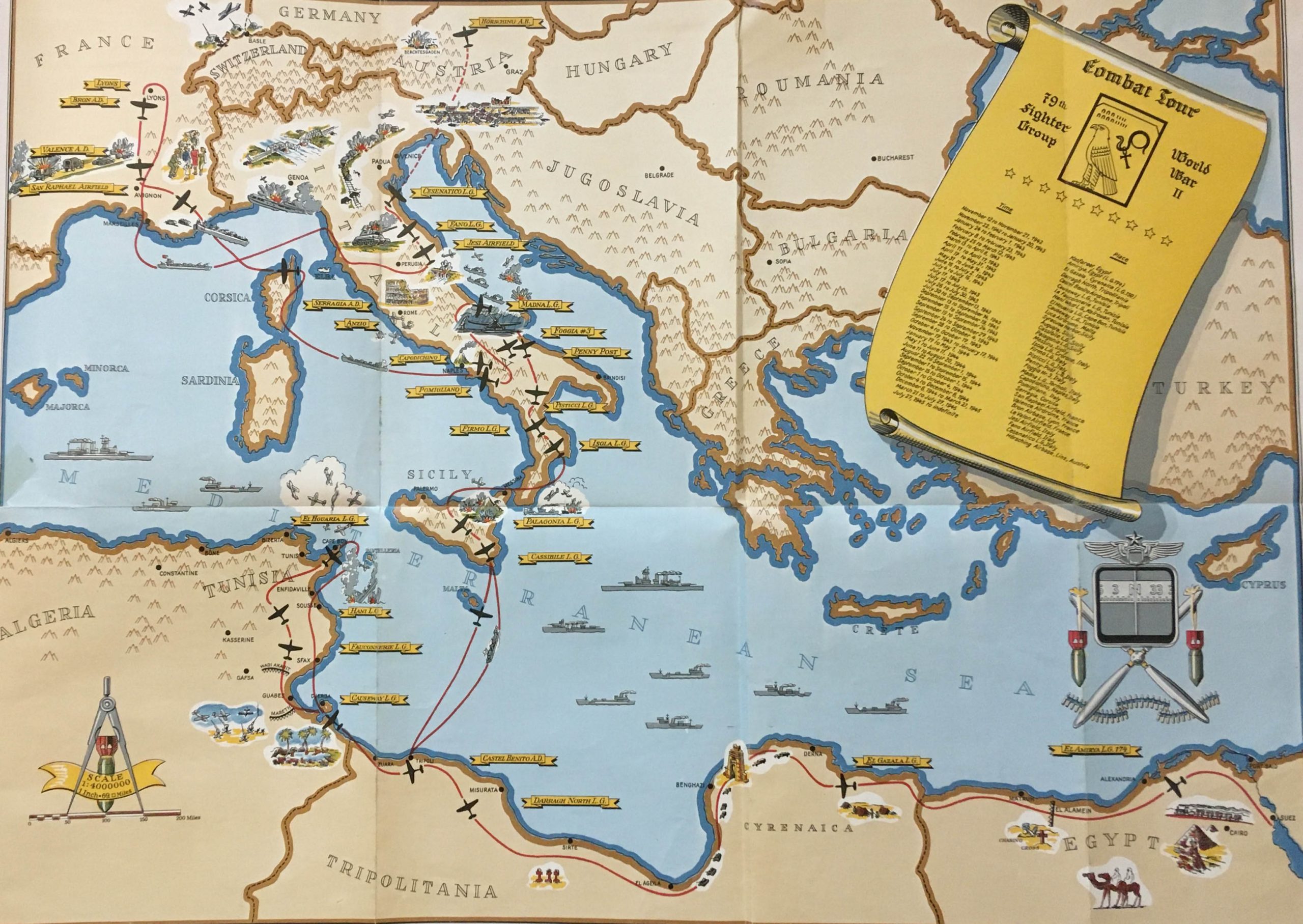 Click on the map above to zoom into where the 79th FG was stationed.

Aircraft flown by the 79th FG 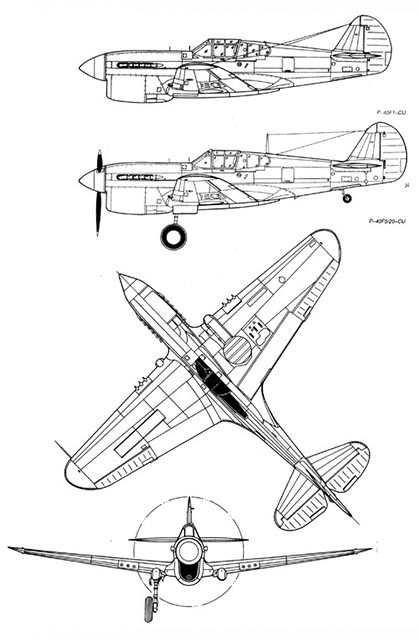 The Curtiss P-40 Warhawk was an American single-engine, single-seat, all metal fighter and ground-attack aircraft that first flew in 1938. It was based on the earlier Curtiss P-36 Hawk, having the P-36’s air-cooled radial engine replaced with a liquid-cooled inline engine. Whereas most P-40s had the Allison V-1710 V-12 engine, the P-40Fs and P-40Ls flown by the 79th Fighter Group had Packard-build Merlin engines that provided additional horsepower and a slightly higher service ceiling.

The P-40 was the third most produced American fighter, with 13,738 being built, and was used by most Allied nations and remained in front-line service until the end of the war. 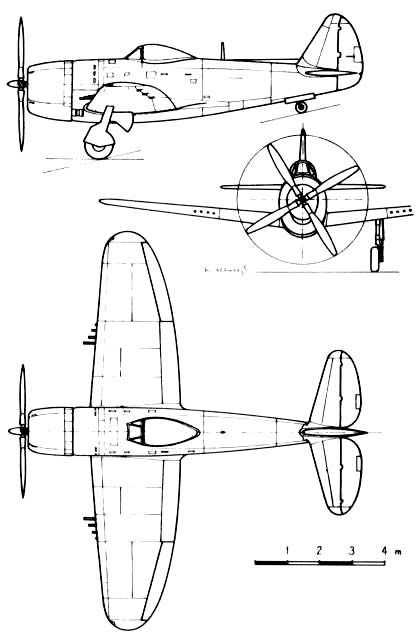 The Republic P-47 Thunderbolt was an American single-engine, single-seat, all metal fighter and ground-attack aircraft, powered by the Pratt & Whitney R-2800 radial engine. The P-47 had better performance than the P-40 in most areas, with the exception of maneuverability and range. With its robust airframe, powerful radial engine, and armament of eight .50 caliber machine guns, the P-47 was especially proficient in the ground-attack role.

The P-47 was the most produced American fighter of World War II, with 15,636 being built.