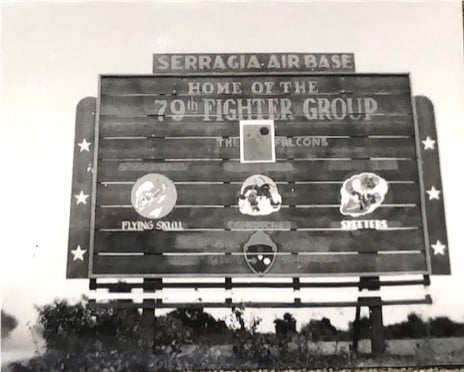 Callahan, Larry W., A Falcon Pilot, Pine Ridge Publishing, 2015. (A biography of 87th FS pilot Clarence E. Stevens, who was WIA and became a POW, by his son-in-law).

Carr, Shelley, editor, Missions Remembered: Recollections of the World War II Air War by the Men of the Middle Tennessee WWII Fighter Pilots Association, McGraw-Hill, New York, 1998. (One of the pilots who shares his stories is Lee Gossick, who flew P-40s with the 87th FS)

Lind, Ragnar G., ed., The Falcon 79th Fighter Group U.S.A.A.F. 1942-1945 (Published shortly after VE Day by the 79th FG, it contains histories and photographs of the group and each squadron, as well as photographs of most of the group’s members)

Mauritz, Michael, The Secret of Anzio Bay. Word Association Publishers, Tarentum, 2002. (An autobiography by 86th FS pilot Michael Mauritz, who crashed his P-40 off the coast of Italy, was taken prisoner and subsequently escaped)

Molesworth, Carl, Aircraft of the Aces 43 – P-40 Warhawk Aces of the MTO, Osprey Publishing, Oxford, 2002. (A narrative of the five groups that flew the P-40 in the Mediterranean Theater of Operations, including the 79th FG, with a number of photographs and airplane profiles of the group)

Pinkham, John H., Jack’s Memoirs, 2008, E. Pinkham Enterprises LLC, Lancaster/Lulu.com. (An autobiography by John (Jack) Pinkham, who was one of the initial pilots of the 87th FS who went overseas)

Szlagor, Thomasz, P-40s of the Mediterranean, Kagero, Poland, 2007. (Some mention of the 79th FG along with photographs and airplane profiles of the group)

Thompson, Ken, Memoirs of a WWII Fighter Pilot, Trafford Publishing, 2011. (An autobiography by Kenneth A. Thompson, who flew P-47s with the 85th FS)

Woerpel, Don, A Hostile Sky: The Mediterranean Airwar of the 79th Fighter Group, Andon Press, Marshall, 1977. (A history of the 79th FG, largely based on “The Falcon” along with personal experiences and photographs from its members)