A tribute to the life of  Rocco Soranno 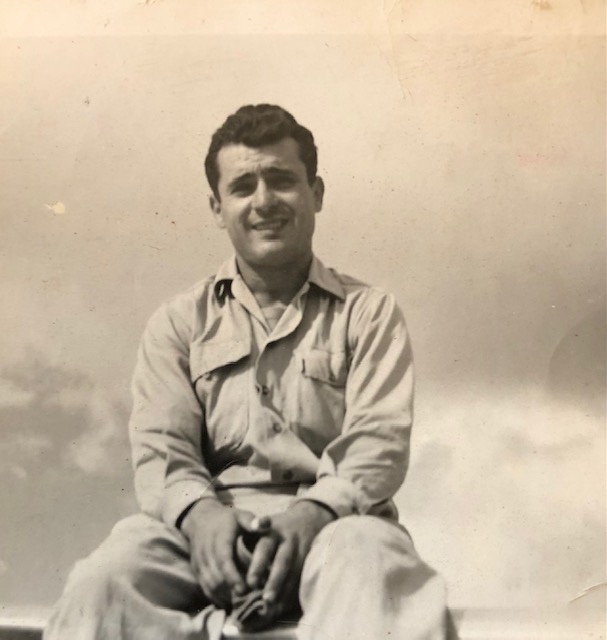 Rocco Soranno was born and raised in Morristown NJ.   At the age of 28 he enlisted in the war and served his time as a mechanic being stationed in Italy, Egypt, and Sicily .  During his time overseas he received seven bronze battle stars, five Overseas Bars and the Distinguished Unit Badge.  After returning from the war he married Eleanor Bocchino, whom he corresponded with during the war, and together they lived, worked and raised a family in Morristown NJ.  He was the sole proprietor of Morristown Auto Radiator and Glass Repair and during his free time he was an avid golfer winning many titles on the local, county and state level.

He remained friends with “Sie” Good and Carmen Costa over the years and exchanged many a lengthy Christmas card/letter each year.  In his final years he was able to visit with ‘Sie’ two times and I am sure they exchanged many war stories during those visits.

Rocco passed away in January 1996 leaving behind his daughter, son -in law, a granddaughter and grandson. 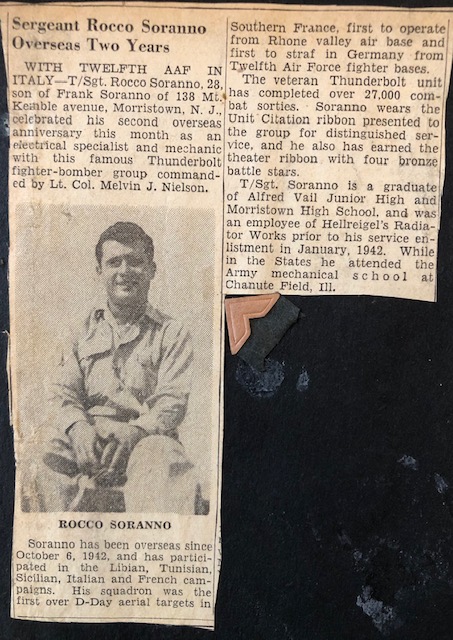