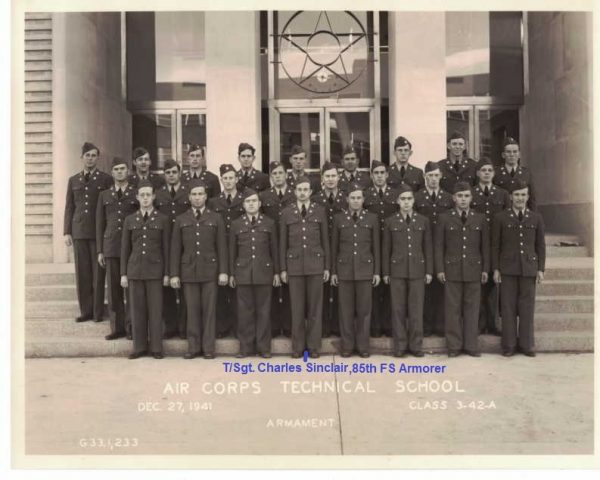 Charles grew up on a farm in Red Lion, Pennsylvania.  In August, 1941, he enlisted in the Army Air Corps, partly to escape life on the farm, and attended its Armament Technical School in December 1941.  He never talked to me about going overseas or his military exploits, although he did mention quite a bit about his comrades, corresponding with them though letters and possibly also visiting them.

After being discharged from the military in October, 1945, Charles returned to his hometown and became a master cabinet maker, doing some amazing work with Formica.  He was very interested in propagating orchards and holly trees, some of these trees reaching over 25 feet in height by the time he died in 1993.

Charles also had an interest in sports cars, mainly European such as the Morris Minor.  However, he did have a Corvette, but only for a short period of time.  Once he and his wife went to the grocery store and one item they bought was laundry detergent, which was in a large box weighing perhaps 20 pounds. When the detergent didn’t fit in the Corvette’s trunk and she had to hold onto it the entire ride home, she made him get rid of that car.