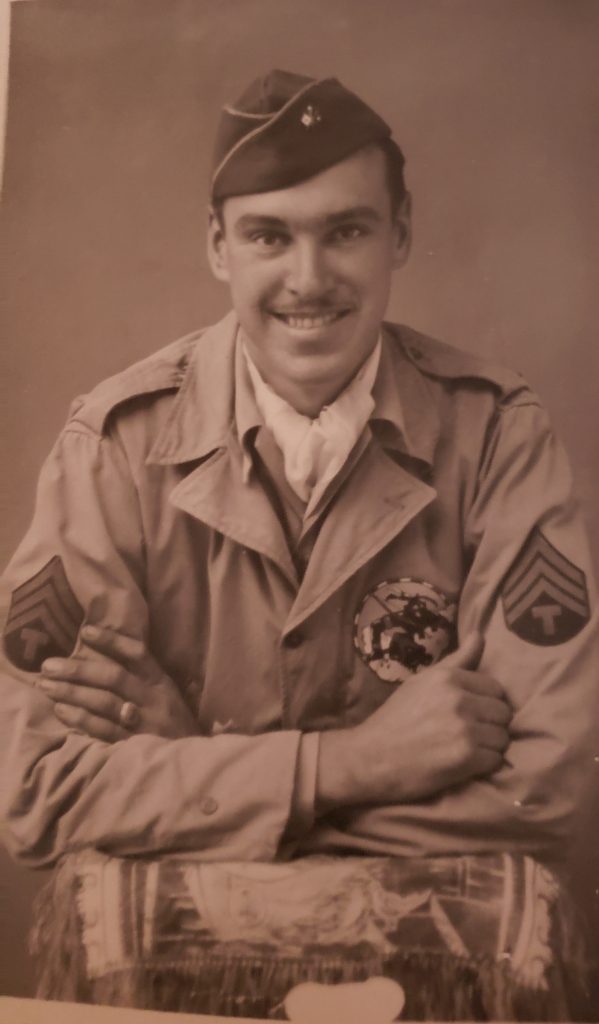 Our dad was known to all as Mitch, a tall man standing at 6’7”. After the service, he married Helen Young, and they raised 3 daughters.  Spokane Washington was home to him until his death in 1995 at the age of 80. 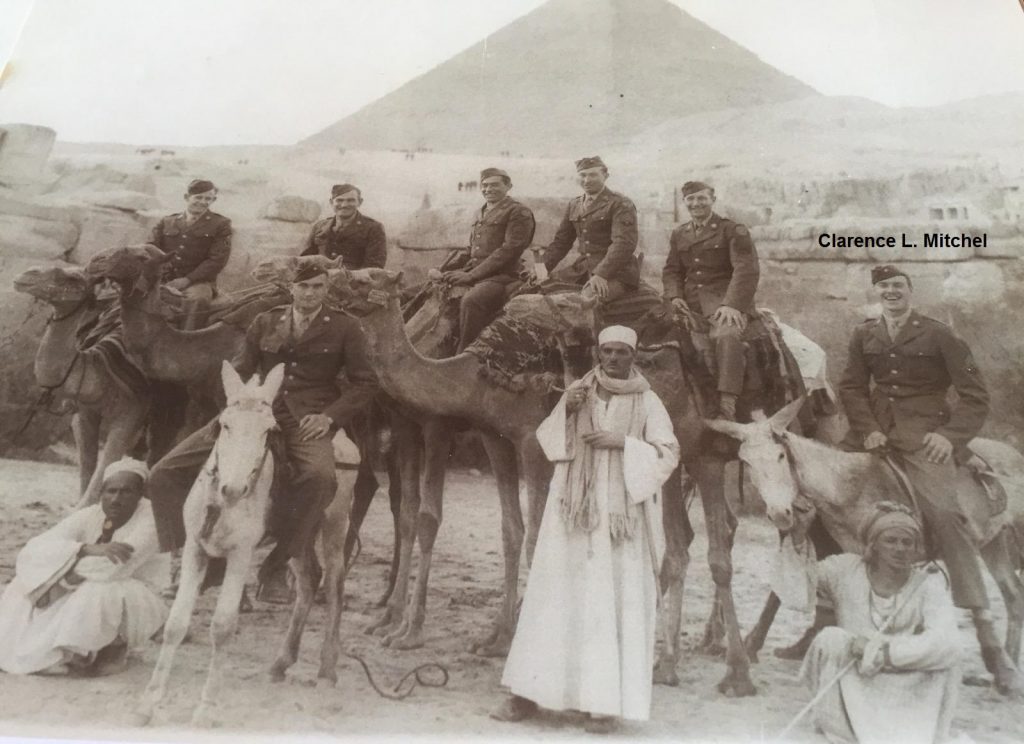 Dad was an electrician for his entire working career.  He loved his work and was good at it.  There were several businesses that would only allow him to do any of their required electrical work. Several trusted him enough, that he had keys to the business and would do the work after hours, trusting him to lock up when he was finished.  He was well known for putting in a

His height served him well over the years. In our city, one of the more elite department stores of the times was The Crescent, a large five-floor building. Every year at Christmas they would go all out on decorating their large display windows. The large corner window was the first to have animated figures in various scenes. People would gather in large groups and stand for long periods of time just watching each window.

The front door awning was huge and they would string a large tree of lights that stretched the width of the awning and from the top of the awning to the roof of the building. The electric company dad worked for was the one that always put up the lighted tree. One year, Dad came home from putting up the tree and was telling us how the lights got tangled up so while holding Dad’s feet, they put him over the side of the building and hanging upside down, had him untangle the lights. My mom nearly had heart failure!

He and Helen loved to square dance and did that for several years before the girls came along.  While dancing, they met many of their lifelong friends and talked often of the fun times.  He also loved to bowl and was the secretary of a couple of leagues he bowled on.

Once the girls were old enough to be active in school and extra activities, he transferred that love to be supportive of all activities his girls chose to participate in, Girl Scouts, Silver Spurs, bowling, water skiing, camping, swimming and school sports. He really enjoyed camping so we

have many memories of camping each weekend during the summer months. He and his brother Don, both bought boats, so the weekends were spent teaching all of us to water ski. We have a picture of five of us being pulled behind one boat.  He, however, never even tried to

learn to ski, he was the driver.

Before he retired, he became very involved in pitching horseshoes and was an integral part in the development of the horseshoe court at a local park.  He pitched there for several years, and even won a few awards.

After he retired, he remained active in the electrical field. It was

He was the handyman of the family for sure. He had the skill and knowledge to help in whatever new project came up, finishing basements, putting in bathrooms, sprinkler systems, building lake cabins, you name it and he was there with a smile and the excitement of tackling

a project. Even brought the donuts, which he loved. Never met a bad one, but the blueberry cake was my favorite! 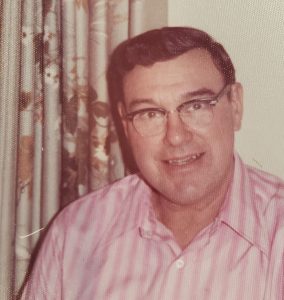 He was grandpa to seven grandchildren:  3 boys, and 4 girls.  Each and everyone adored him, and he adored them. He was as involved in their lives as much as he was in his daughters’ and son-in-law’s lives.  His oldest grandson refers to him as “a gentle giant”.  He was that indeed. He had

the gentlest spirit and was truly loved by all who knew him.