A biography of Parachute Rigger Edgar “Ed” T. Boone, from his family.

Edgar Thomas Boone was born on 23 March 1918 in Wake County, North Carolina, to Philmore and Gertrude Eatman Boone, a farming family in rural Wake County. He had 5 brothers, 5 sisters, 1 half-brother and 2 half-sisters.

Before World War II, Ed worked in Civilian Conservation Corps, a public work relief program for unemployed, unmarried men that was a major part of President Franklin D. Roosevelt’s New Deal program. The program was designed to provide jobs for young men who had difficulty finding a job during the Great Depression and to provide financial relief to their families. Ed was issued his green uniform and spent nights away from home doing jobs related to the conservation and development of natural resources in rural lands owned by federal, state, and local governments. For a while, he worked for an oil company in Durham, North Carolina, possibly driving a truck, the occupation given for him in the 1940 U.S. Federal Census.

When Ed registered for the World War II draft, he was living in Durham, and, according to his registration card, was working at Erwin Cotton Mill on Trinity Avenue, Durham, NC. On 9 Oct 1941, Ed enlisted in the Air Corps branch of the U. S. Army and reported for duty at Fort Bragg, North Carolina. During World War II, he saw action in the European Theatre, specifically in France, Italy and Africa. Ed rose to the rank of Staff Sergeant and received several awards and citations, including a Good Conduct Medal and Ten (10) Bronze Stars, one of which was for writing instructions for repacking parachutes. He also designed a “seat” for the parachute that supported the jumper and made their descent more comfortable. He was released with an honorable discharge from the 86th Fighter Squadron of the 79th Fighter Group on 28 Aug 1945. In comparing stories after the war, Ed, and his brothers Everette and Dan, learned they had been fighting in Europe in the same area at the same time and never knew it.

After the war, Ed married Anne Mariah Howard (26 Oct 1918 – 18 Feb 2008), the daughter of Ocie Norfleet and Margaret Knight Howard of Edgecombe County, NC, and had two children together.

For a short while, Ed was employed by Liggett and Myers Tobacco Company in Durham, North Carolina, but quit to work as a fireman on Craney Island, Virginia, near Norfolk. He also bought houses, remodeled and sold them for a profit. He could do anything–a real jack of all trades! Also, he gave running a restaurant a try. Ed and Anne, with the help of his sister Carolyn, ran a café in west Norfolk, Virginia. Ed and Ann lived the majority of their married life in Norfolk, Virginia. However, after retirement, they did enjoy living for a few years in Rodanthe on the Outer Banks of North Carolina, where Ed loved to go fishing!

Sadly, Ed suffered a stroke and lived a number of years with the aftereffects; one side was very weakened and/or paralyzed, but he never gave up going and trying to do for himself. On 17 March 1993, at the age of 74, he suffered either another stroke or a heart attack and died in Norfolk, Virginia. He is buried at Woodlawn Memorial Gardens in Norfolk, Virginia. Anne died about 15 years later on 18 February 2008 and is buried beside Ed. 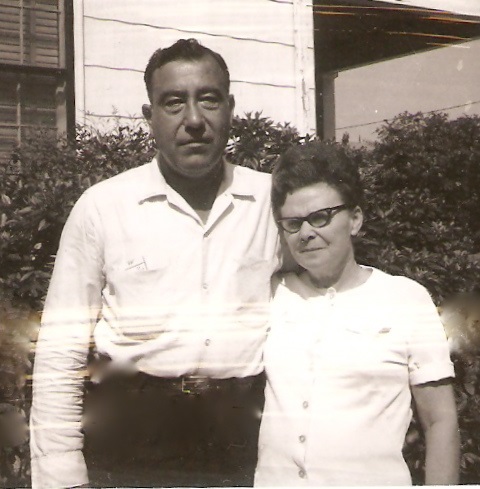