The life and some anecdotes of combat flying by pilot Emery A. Dietrick, provided by his son Michael Dietrick. 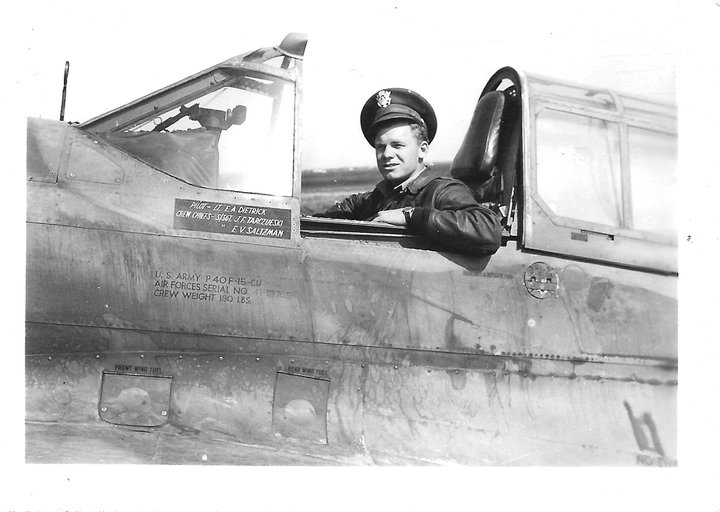 Lt. Emery Dietrick, with the initial contingent of pilots who went overseas to North Africa, flew 80 missions with the 87th FS.  One thing he said about his tour was that he and the other pilots never flew over the same ground on the return flight from a mission, since the Germans were “hopping mad” and looking for revenge after being strafed and bombed by the P-40s.  After his tour with the 87th FS ended in October 1943, Lt. Dietrick returned to the states and became a pilot instructor teaching fighter tactics.  He requested and received permission to return to combat, ultimately flying an additional 21 missions supporting General Patton’s advance into Germany.

Although Emery didn’t talk too much about the war, he did mention two events in particular to Michael.  He said that one time while strafing a retreating armored German train with the .50 caliber machine guns on his P-47, he was so intent on blowing it up and came so close that when it exploded he flew through the blast. He said on another occasion, immediately after Germany surrendered, he decided to take his P-47 on a sight-seeing flight over Berlin, where two Russian fighters fired warning shots at him. When asked by Michael what he then did, Emery replied, “I hit the deck and flew back to our lines” (after he cleared his 50 cal. guns in case they followed and tried to shoot him down).

Due to his love of flying, Emery Dietrick made a career of the U.S. Air Force.  Initially stationed at Langley, VA, after the war, he saw combat during the Korean War as the Operations Officer at forward bases supporting General McArthur’s forces.  After Korea he was stationed at Fuchu Air Base at Tokyo, and ultimately retired as a Lt. Colonel in 1960.

After retiring from the Air Force he received a degree in Engineering and worked for Westinghouse in Sunnyvale, CA, assisting with the Poseidon and Trident submarine-launched ballistic missile systems until he retired completely.

Emery Dietrick continued flying though his civilian pilot’s license, especially enjoying the Beech Bonanza.  In 1979 he and his younger brother Gerald, who flew P-38 Lightning reconnaissance missions in the Pacific during WWII, formed Composite Aircraft Corp. to market and produce the Windecker Eagle, a single-engine, composite-material, business-class plane.

Besides flying, Emery enjoyed fishing offshore at Half Moon Bay, CA, and skiing with his grandchildren in the Sierra Mountains.

Emery Dietrick passed away in 1999 and, along with his wife Marjorie, is buried at Arlington National Cemetery. 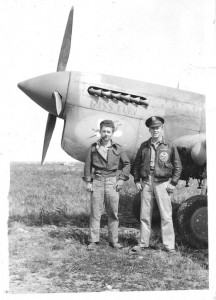 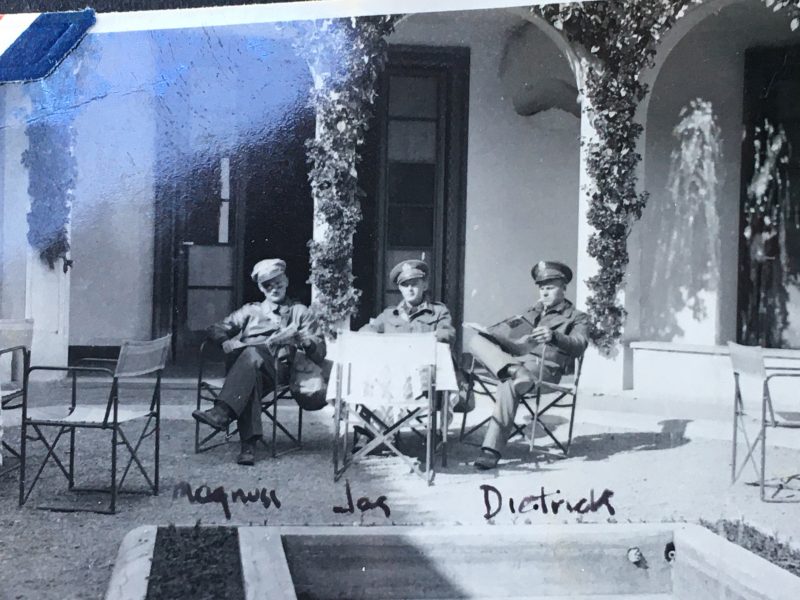