A biography of painter Everly (Ev) J. McGrath, from his daughter Joni Coniglio 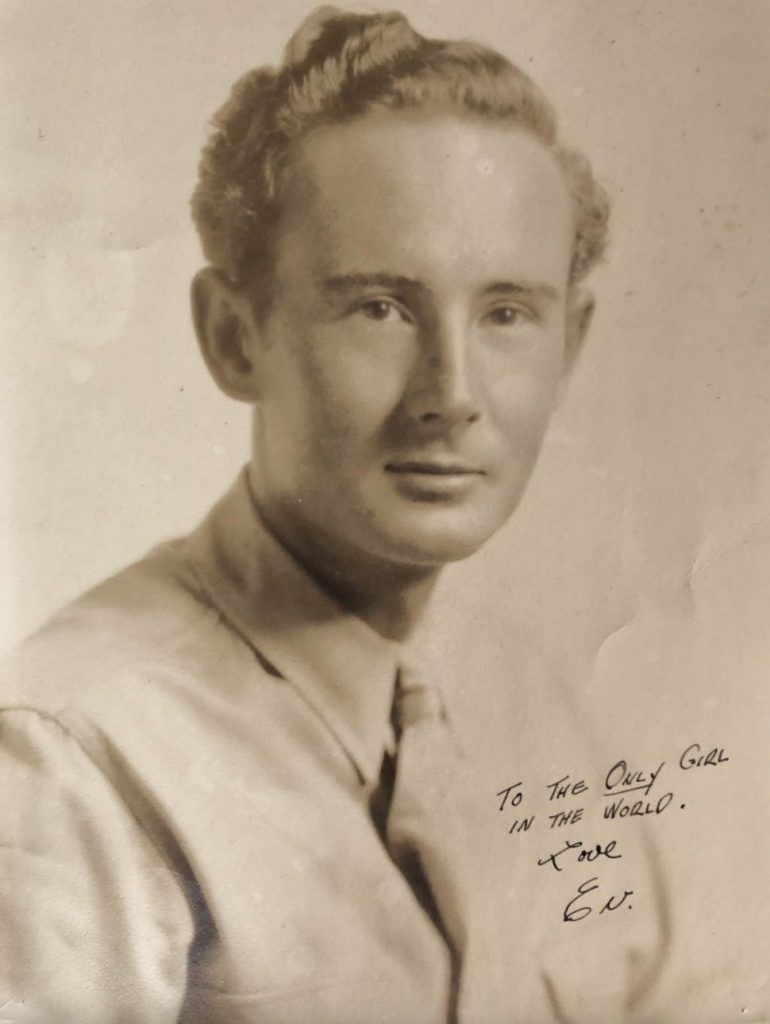 Everly (Ev) John Plummer-McGrath was born in North Dakota in 1917 and grew up in Omaha, Nebraska, where he graduated from Benson High School. On 23 December 1941, shortly after the Japanese attack at Pearl Harbor, he enlisted in the US Army.  He ended up being assigned to the Engineering Section of the 86thFighter Squadron of the 79th Fighter Group. He was a talented artist and, along with Sgt. Charles A. Farquhar, is credited in Don Woerpel’s book on the 79th FG as designing the 86th’s Comanche insignia.

While Sgt. Ev McGrath and the rest of the 79th FG was in Tunisia, his brother Lt. Kenneth McGrath, a bombardier with the 416th Bomb Squadron of the 99th Bomb Group that was also based in North Africa at the time, was killed when his B-17 Flying Fortress was shot down on 25 May 1943.  Sgt. Ev McGrath had mailed Lt. Ken McGrath a letter in April, 1943, but it never reached Ken so was returned to Ev.

After the war, Ev McGrath married his wife, Doris, in 1945, and they ultimately had 11 children. He became a mechanical engineer for the Atomic Energy Commission in Tennessee. Tragically, he was killed in an automobile accident on 12 March 1963. 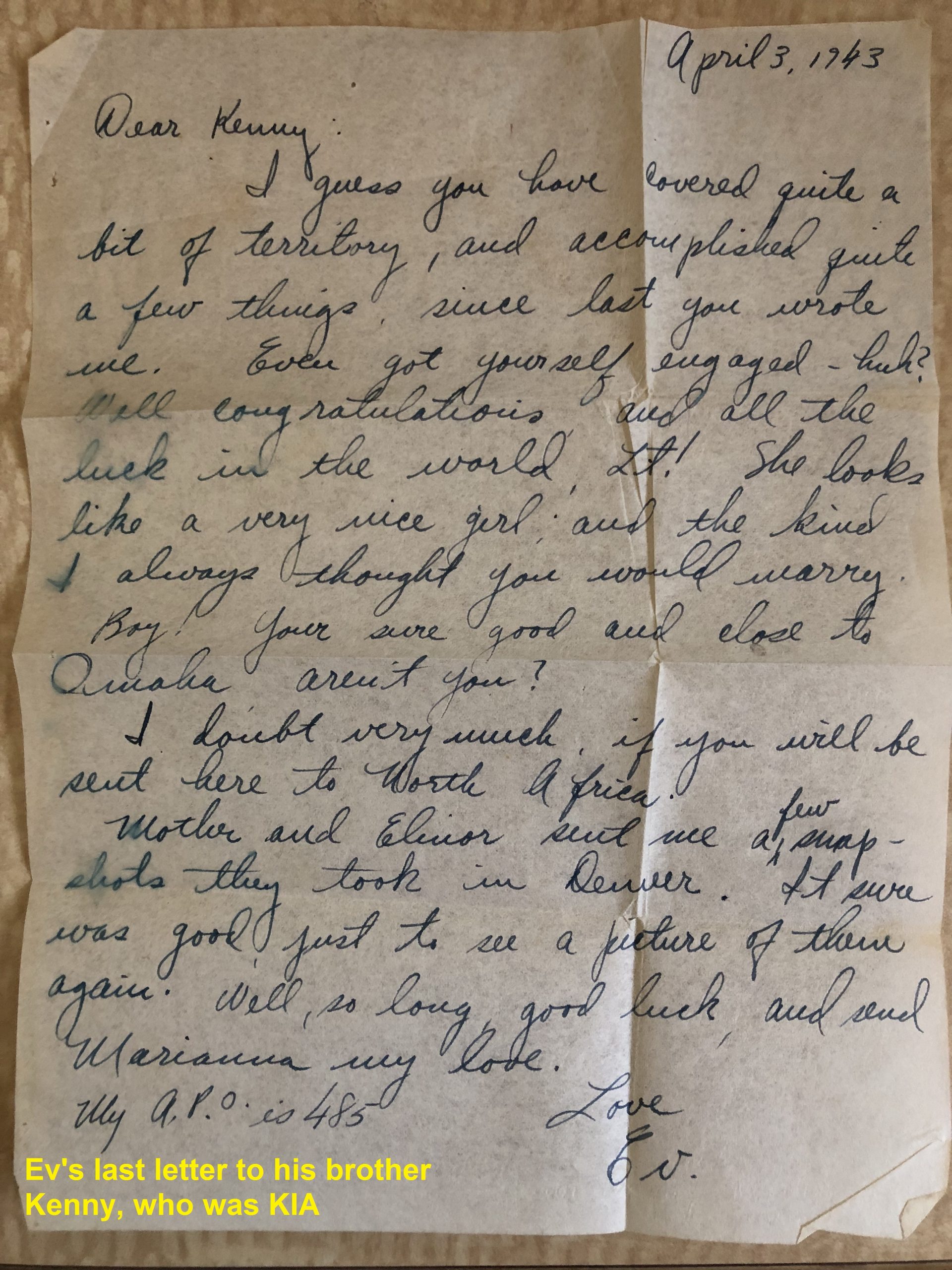