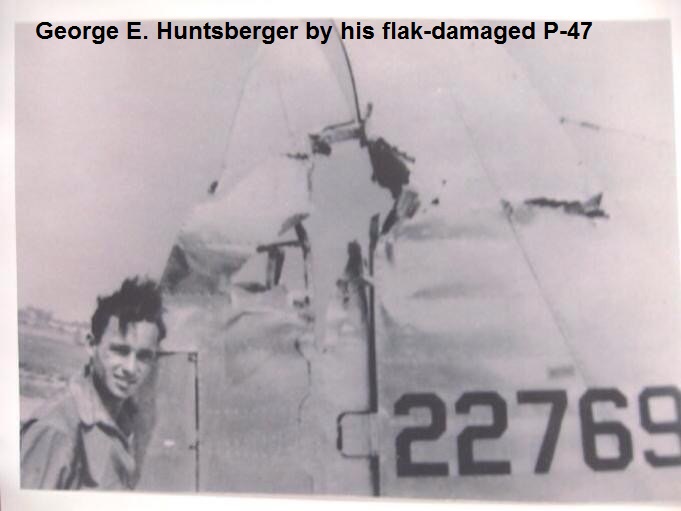 My veteran, George Huntsberger, joined the military in early 1942 when he was 22 years old. He decided he wanted to be a pilot in World War II after Pearl Harbor was bombed in December, 1941. He stayed in the military until the war ended, and he and the people in his squadron were told to go home. He decided not to re-enlist after the war.

George served in the air force as a pilot. He flew a P-47 Thunderbird, which was a fighter plane. He went through all of his flight training in Alabama. Then he was stationed in Italy throughout the war. He was in Fighter Squadron 86 of Fighter Group 79.

George experienced many things during the war. They were fighting the Germans and he remembers always being shot at. Some bullets were very close. Once, he was flying when two stray bullets from another plane went straight through the cockpit and nearly missed him. One of his good friends Robert Ryan went missing while flying in a plane next to George. George saw him bail out so he knew Robert was not injured from the plane but he was still missing for a long while. Years later George heard from some people that Robert was found and alive. George experienced great excitement to hear this. During the war George was always writing to people, mostly his mom and dad. But it would take a while for a reply. His parents were always so worried for him.

One vivid memory that George had from being in the War was being hit with anti- aircraft artillery from the ground. This happened several times, but one time he was hit pretty badly. The flak blew a hole the size of about two soccer balls in the tail of his plane. George had to make an emergency landing. This was very difficult for him, but he managed to arrive safely back at the base. It was one of his most frightening memories from the war.

The military has had a great impact on the George’s life since World War II. He learned the real meaning of bravery. He also learned to be grateful for the time he spent with family and friends. George is very proud of his military achievements and awards. He received an Air Medal, The Distinguished Flying Cross and two Oak Leaf Clusters. George’s only regret is that after World War II, he never flew an airplane again.

It was an honor for me to be able to interview my great grandfather, George Huntsberger. I think it was awesome to be able to talk about World War II with a real veteran, and I was amazed at how vivid his memories of the war are even though he is 91 years old and has dementia. It made me sad when he talked about missing his friends. This experience made me want to learn more about World War II and the men involved. 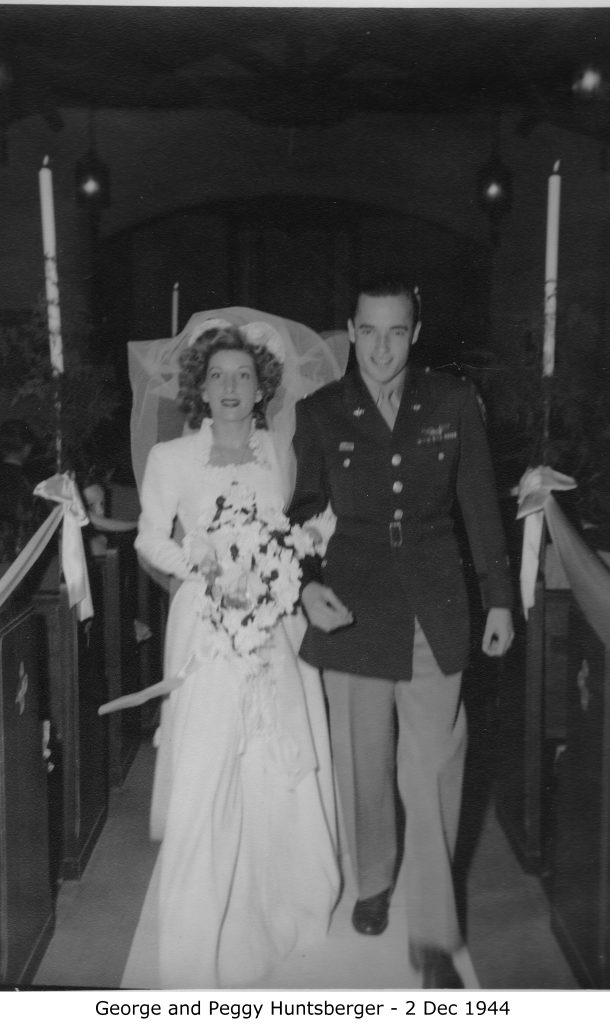 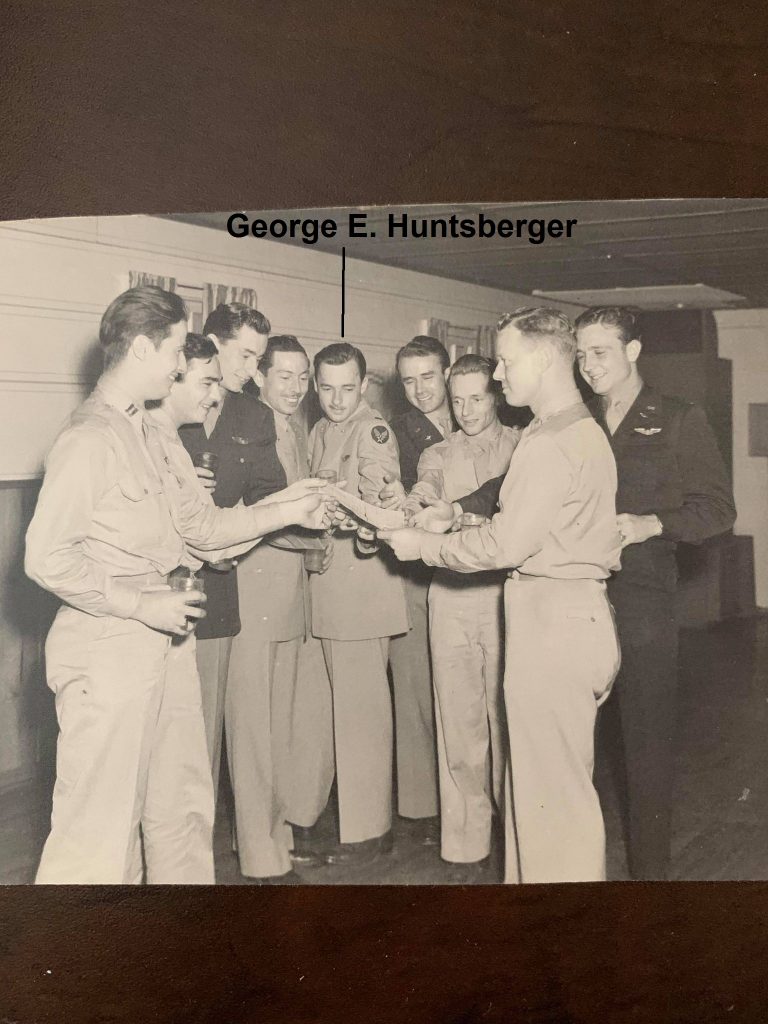