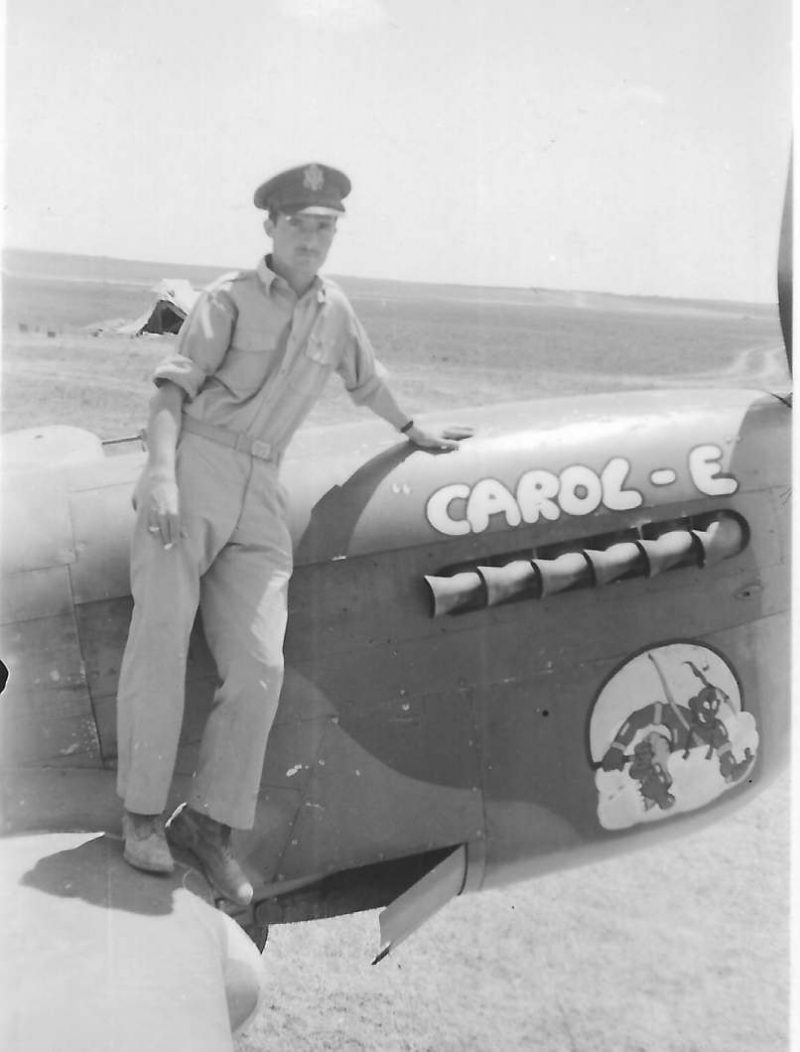 According to his family “Max,” as Lt. George St. Maur Maxwell went by, was famous for his hair-trigger temper at a young age.  His early life was probably similar to other 79th FG members who grew up during the Depression:  His mother died of the flu in 1929 and his father passed away in 1933, so he and his siblings were split up and everything was simply a matter of survival.  After graduating from high school we went to work to help support his stepmother and sister, but was able to gradually work towards his goal since age 10 of becoming a pilot.  When the pre-war US Army turned him down for its aviation cadet program (he didn’t weigh enough), he made his way to Canada and was accepted for the Royal Canadian Air Force (RCAF).  After earning his wings he flew with the Royal Air Force’s (RAF) 71 Squadron during the Battle of Britain.  Afterwards, he made it to the 86th FS/79th FG. He named his P-40 “CAROL-E” after his niece, his younger sister Wilor’s firstborn child.

Now a Captain, George Maxwell flew his 138th, and final, combat mission on 9 Sept. 1943.  While with the 79th FG in Italy he apparently contracted malaria.  He returned to the states but, according to his immediate family, never fully recovered from the effects of the disease.  He retired from the Air Force in 1970 as a colonel and then went to work in computers and data systems, fully retiring in 1987.  He passed away in 2011.

More information and photographs of George St. Maur Maxwell can be found here: