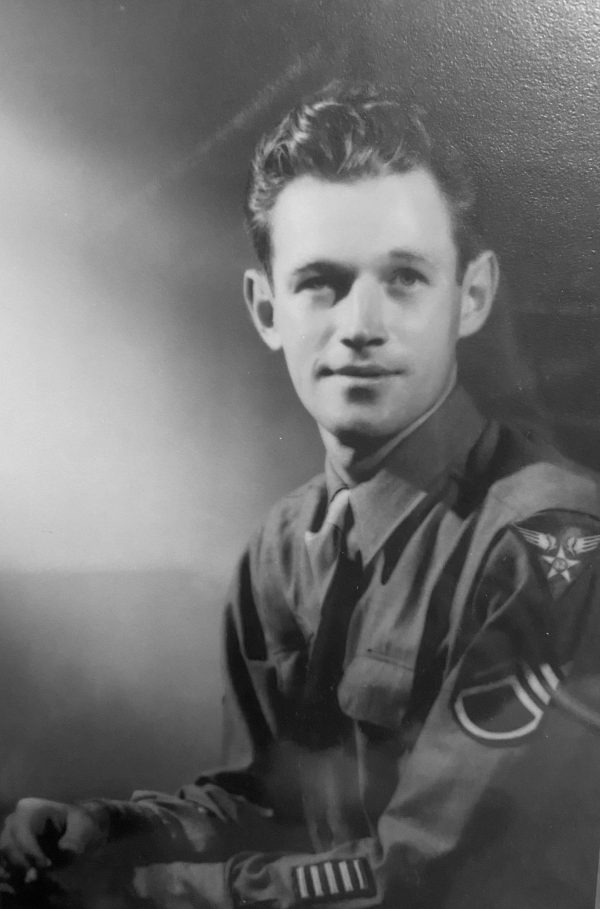 For heroism. 0n 17 December 1944, when a P- 51 carrying bombs crashed in the dispersal area at Fano Airfield, Italy, one bomb exploded, wounding several soldiers, destroying or damaging a number of airplanes , and starting a large fire . Although temporarily stunned and hurled to the ground by tho concussion, Staff Sergeant Nivins quickly recovered himself. Then despite the intense heat and danger of exploding ammunition and bombs, he made his way to the scene of the accident and assisted in removing his injured comrades to a place of safety. His selfless devotion to duty in the face of great hazard reflects highest credit upon himself and the Armed Forces of the United States. 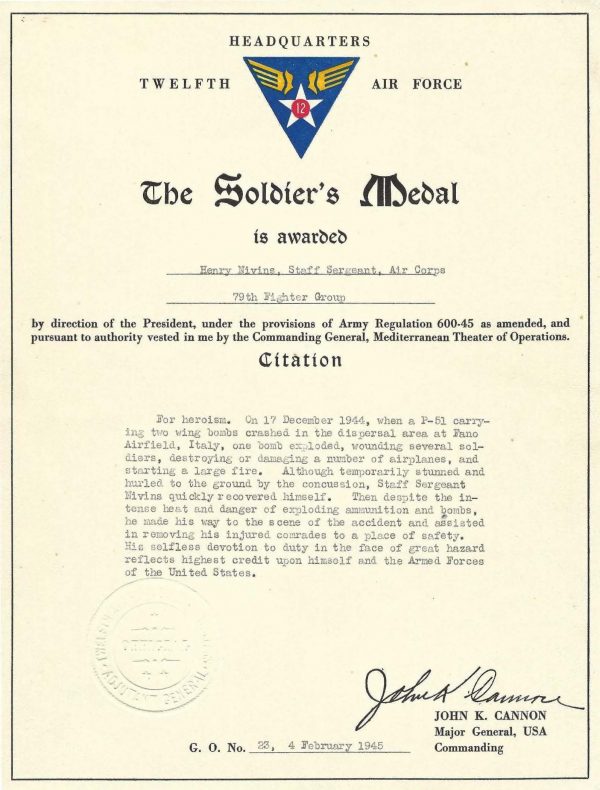