A tribute to pilot Herman F. Heubel, by his daughter Janet Rosenfield 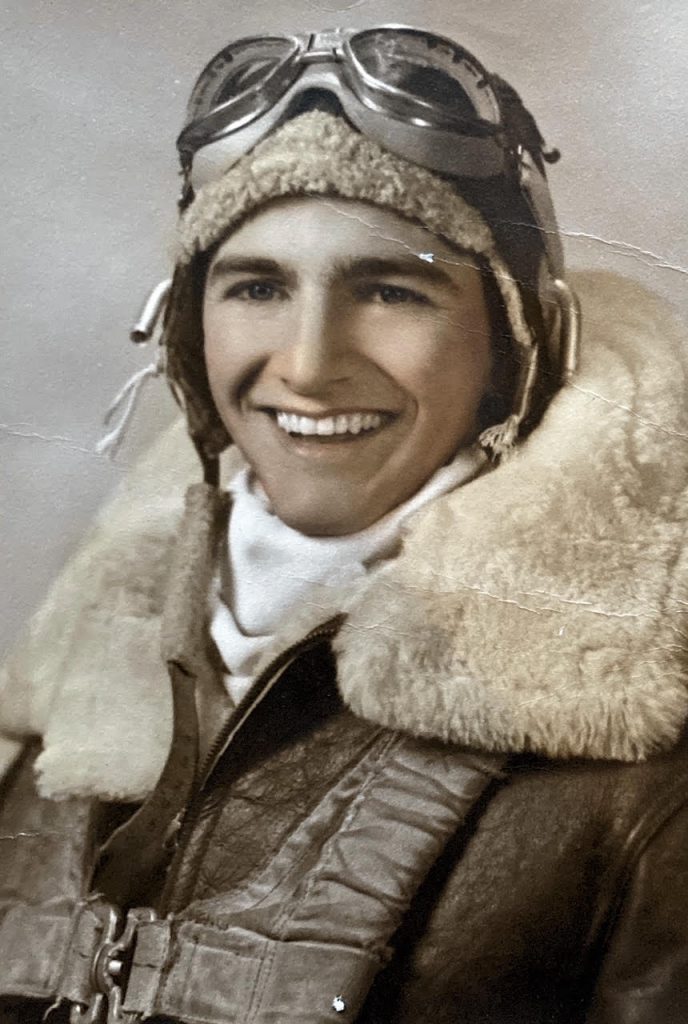 My Dad, Herman Francis Heubel, was a proud P-47 pilot, flying 41 missions based in Italy between February and May 1945. Dad served in the 79th Fighter Group, 87th Fighter Squadron.  He had always wanted to fly, ever since his father arranged for him to take a flight on a small plane when he was 10 years old. He tried to enlist in the Army Air Corps after he graduated from high school but they wouldn’t take him without some college education. In 1943 the requirements changed and he was accepted into the flight training program. His time in the service was a highlight of his life.  Dad graduated from St. Vincent College in Latrobe, PA, thanks to the GI Bill that funded his education. He might have continued his Air Corps/Air Force career, but chose a ”safer” path when I, his first child, was born in 1951. 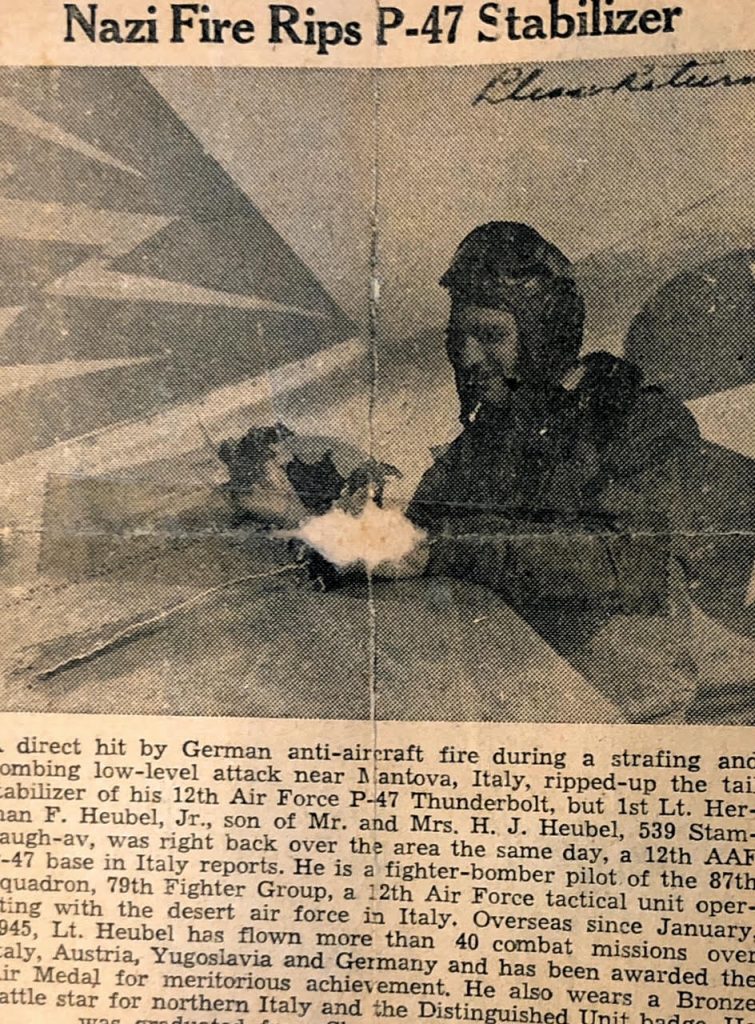 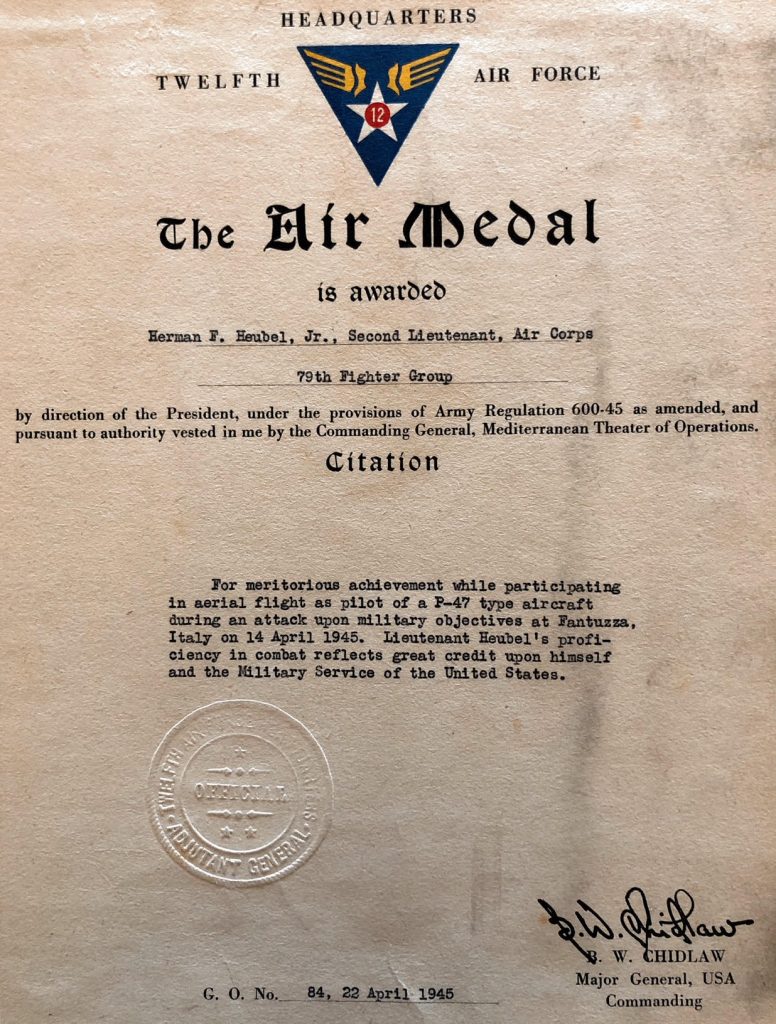 He worked in the insurance industry for several years, then eventually retired from the Ohio National Bank as a Trust Officer. Dad and Mom (Phyllis Johnson Heubel, August 16, 1927 – April 22, 2014) raised 4 children, Janet, Mary, John, and Brian.  Dad in now 97 years old (April 15, 1924) and living in Columbus, Ohio.  After flying and family, his life has revolved around golf, classical music, and opera.  It wasn’t until recently (the last 15 years) that he has talked very much about his military service, but it is obvious now how much it formed him and set the course for the life he has lived so well. Thanks for your service, Dad! 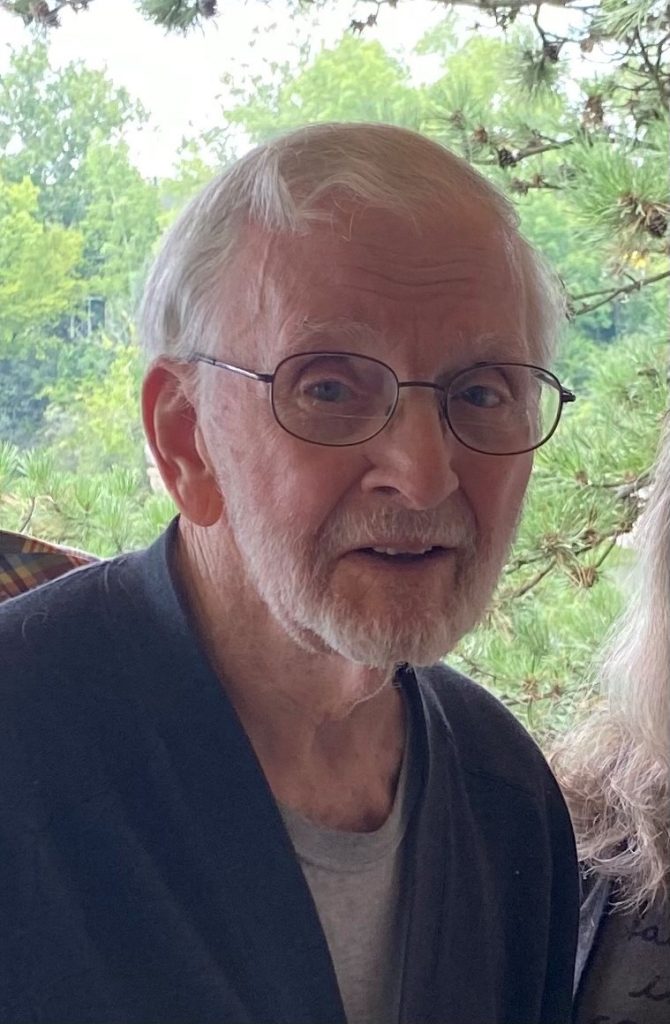