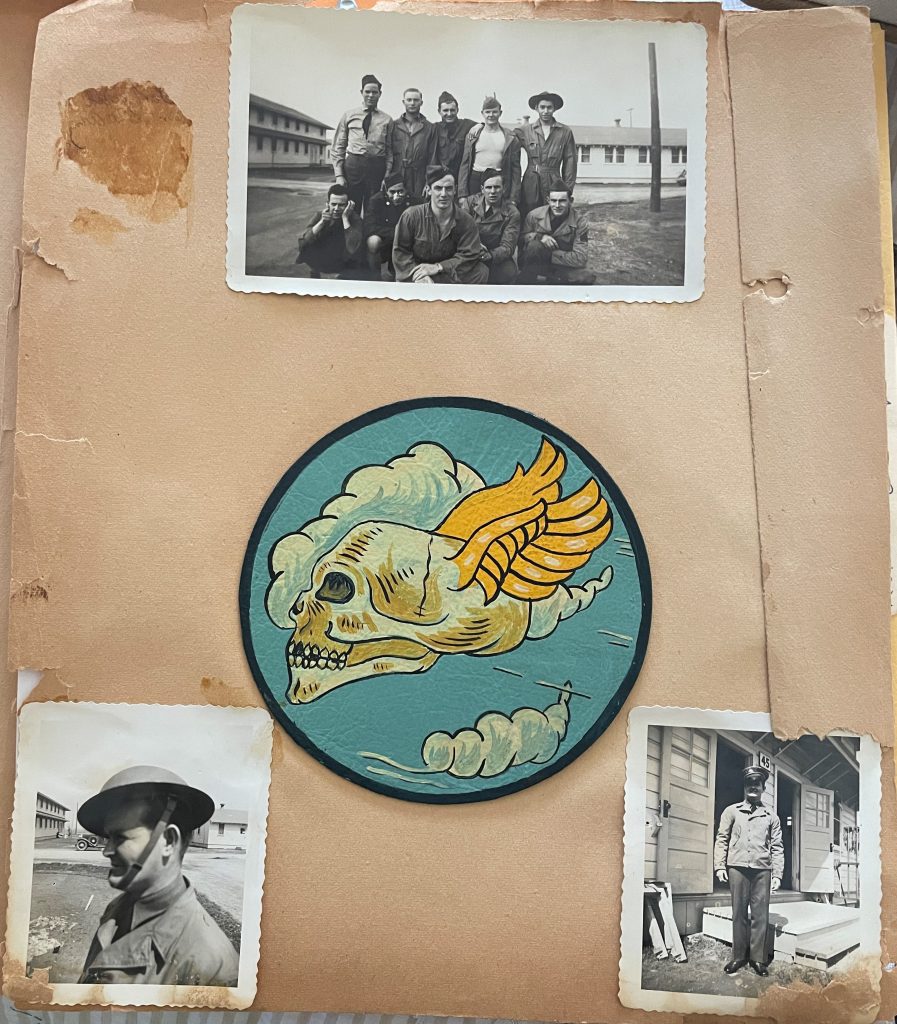 My Dad was born in Utah, he joined up along with his twin brother Bertram and younger brother Homer, which was a really big deal sending 3 sons to war coming from a small town. Joe and his brothers came home safely after the war. My Dad had the traveling bug and could not stay in one place for long, he was known as the traveling cowboy. He always loved art and nature as you know from all his artwork. He created and designed the Flying Skulls logo, which was used on the planes in his squadron the 79th fighter group., I am proud to have the original drawing. He went to Mexico to study art, he met and studied under Diego Rivera and Siqueiros both very prominent Mexican artists. He met and married his wife Alma Lara who was a dancer at the famous Palacio de Bellas Artes. They had 4 children. Frances lives in California and has no children. I (Joseph). Married Re’ri and have 2 children, Joseph Ill and llima. I have 5 grandchildren and one great-granddaughter.I live in California. Carlos married Leticia and have 4 children Evan, Erica, Alana and Andrew, they have one grandchild and live in California.

My Dad moved several times from Utah to Mexico, back to Utah and settled in California. He passed in the early 70’s. He was a prolific artist who made his own hand-carved frames and hand-carved furniture. He never looked for fame but was well known. He made a living and provided for his family.

My Dad like many soldiers never spoke about the war even when asked he would only tell a few stories. I was in my twenties when I found out he drew his artwork on all those planes! Incredible but not surprising to me, he was not a boastful man. I recently received an original copy of his Flying Souls artwork, I’m looking to have it preserved so our family can enjoy it.