Pilot Kensley M. Miller, KIA on second combat tour over Japan
while with the 462nd FS of the 506th FG 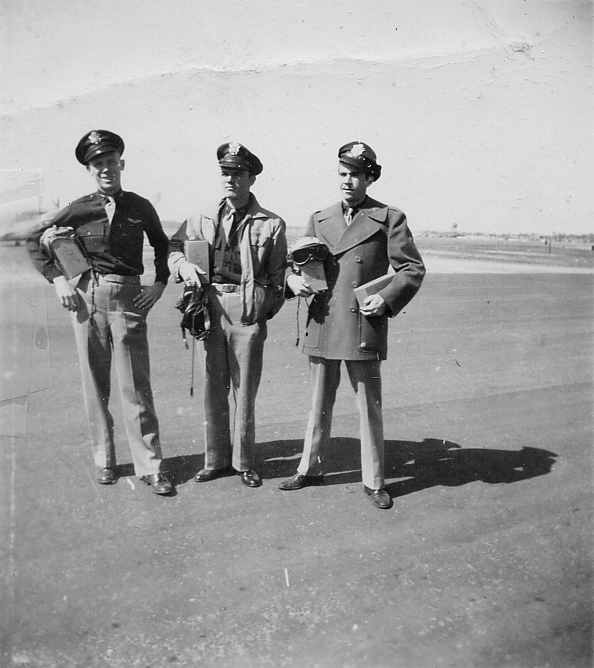 Lt. Kensley M. Miller, from Pennsylvania, was one of the 87th FS pilots who initially went overseas to North Africa in 1942.  After flying 83 missions, he returned stateside in September 1943, having been awarded the Distinguished Flying Cross and the Air Medal with eight Oak Leaf Clusters.

As with many of the original pilots of the 79th FG, Kensley Miller returned to combat duty.  Promoted to captain, he joined the 462nd FS of the 506th FG, which ended up flying the P-51 Mustang from Iwo Jima.

On 28 May 1945, Capt. Miller was part of first VLR (Very Long Range) P-51 mission from Iwo Jima to Japan.  While strafing Iba Airfield, Capt. Miller’s P-51 was hit by ground fire and he was killed when his airplane crashed.  He was 25 years old.