A biography of Communications Section Linwood E. Mann, provided by his family 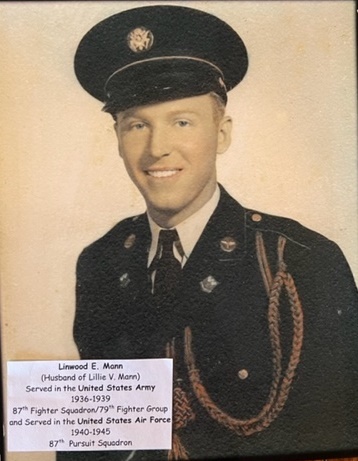 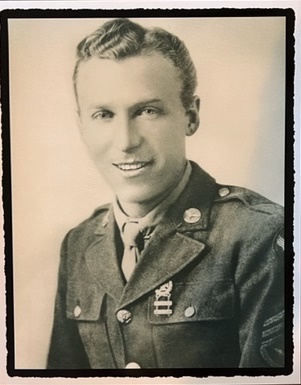 Linwood’s parents and siblings lived in a small Texas community in eastern Montgomery County called Cut and Shoot. One of Linwood’s sons still lives on a piece of the family’s land in Cut and Shoot today.

Linwood’s father passed away at the age of 41. He left behind a wife and 6 children. The older sons had to support the family. By the time Linwood was old enough, he left home in 1936 to join the army in order to provide additional income for his mother and younger brother. He served three years in the U.S. Army and later 6 years in the U.S. Air Force. It was during that time that Linwood married his long-time girlfriend from Cut and Shoot, Lillie V. Poland, on April 18, 1942. After he fulfilled his term of service, he returned to Conroe to begin his life with his new wife. One year later, their first child was born.

He immediately became an employee of Humble Oil Company as a pumper in the Conroe Oil Fields and offices. He loved his job and was a dedicated worker. He often would take his kids to “his oil field” to teach them how to drive! How fun it was to drive around the oil wells learning how to shift gears, parallel park, drive in reverse, etc! Linwood eventually would leave the oil fields to work in an office for the company, now called Exxon. There he remained until he retired in April, 1983.

Following a few good years of retirement with Lillie V., Linwood was diagnosed with Parkinson’s. He remained at home under Lillie V.’s care as well as a faithful caregiver, Madeleine LaMotte, until the last six months of his life. He then became a resident of a local Conroe nursing facility where he spent the remaining days of his life. He was surrounded by his wife, his sons, daughters, and their spouses on the evening of August 27, 1996, in which he closed his eyes to open them as his Jesus welcomed him home – to his eternal home in Heaven. His body was laid to rest at Garden Park Cemetery in Conroe. 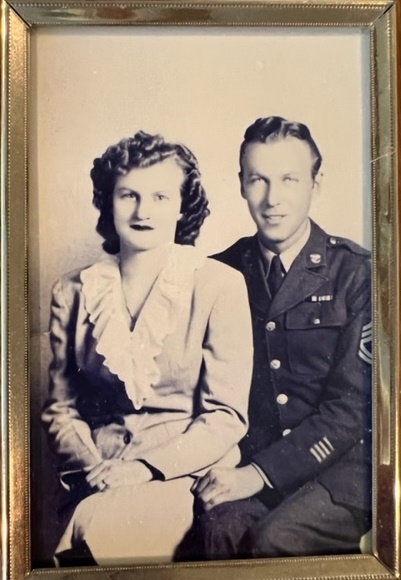 Linwood was a dedicated and faithful husband and father. He was a born-again Christian and faithfully served his Lord in many capacities. He was an active deacon in 3 local Baptist churches in Conroe, Texas, where he and his wife and children were also members. He began a ministry at Grace Baptist Church to visit the homebound and nursing home residents. He often took one of his daughters with him to visit, and she recalls these visits now as she and her husband also have a similar ministry at their Baptist church in Waco, Texas, today. Linwood also served many years at Mims Baptist Church as Sunday School Superintendent. He wrote many Bible studies (some would call them sermons) and typed them on his manual typewriter—always typing in red the words that Jesus spoke!

When I was about 8-10 years old, I would get up early to go to work with Dad in the oil fields. His workplace was called the Battery. After a workday at the Battery, he would take me to the little pond close to his office where he taught me how to bait a hook as well as some good advice: Don’t let the little fish fin me! I never got stuck by any of those little fish and still haven’t to this day! Later on, we would take his 22 rifle out behind his little office where I was taught the proper way to handle a gun. Yes, he also taught me how to drive a car when I was 12-14 years old. Dad had a small Falcon Ranchero that I drove around and around those winding dirt roads in the oil field where he worked. Those were the good days for sure as I was taught by my dad how to fish, hunt, and drive! Most importantly, he also taught me several passages from the Bible, some of them I still remember. He served as a faithful deacon in each of the Conroe churches where our family attended.

My dad prayed for me to someday marry a preacher. He started preparing me for that role when I was seven years old by giving me piano lessons. I took lessons for several years and learned to play hymns for him! Often he would drag a chair over to the piano and sing along as I played. In the last months of his life, he had Parkinson’s disease and was in a nursing care facility in Conroe. On my many visits to see him, I would roll his wheelchair to the living area and play his favorites on the piano – “At Calvary,” – “At the Cross,” – “Come Thou Fount”… just to name a few. And yes, I did indeed marry a Baptist preacher!

The year was 1961 (I was 10 years old), and it was time for me to get a new pair of shoes. Mom decided that Dad should take me to Northline Shopping Mall on the north side of Houston for the shoes. So off we went on our unforgettable shoe adventure.

We arrived at the shoe store, and out came this short little salesman eager to sell us a pair of shoes.

After trying on several pairs, I finally decided on the shoes that were perfect for me. They were perfect for me except for one small detail—the shoes did not fit! The salesman went to the store room to see if he could find the shoes in my size, but he came back and said, ”Sorry, I’m afraid we don’t have your shoe size! But don’t worry—I can fix the size as it’s only a half size too small.

The salesman went back into the store room and came back carrying a hammer and a towel. He wrapped the towel around the shoe and said, “We just need to loosen up the leather a bit.” At this point, he proceeded to beat the living daylights out of those shoes! Dad and I
looked at each other in shock and disbelief as he continued to beat those shoes. Then he finally said, “Here, try them on now!”

I put on those beaten-up shoes, and they did fit—although a little snug! The salesman seemed pleased that he had made the shoes fit. Dad & I were kind of in disbelief and were mesmerized by the salesman who tried so hard to sell us these shoes that my dad and I said, “OK, we’ll take them!” And take them we did! That’s just the kind of dad my father was! That poor salesman needed to make a sale, and we chose to make his day by buying a pair of shoes that we knew wouldn’t last me the long school year ahead!

Needless to say, about two weeks later, the shoes shrank back to their original size, and I could not wear them anymore. We gave the shoes away to Stella, our long-time maid. She knew of a needy boy in her neighborhood that needed a good pair of shoes. I never knew if those shoes fit him either.

Dad and I recalled this incident from time to time, and we just laughed and laughed about our shoe adventure. I still laugh about it to this day. Wish Dad was here to laugh with me.

My dad was a devout Christian husband and father. He saw to it that he and Mom took us to Sunday School and church every Sunday. And we (the 4 kids) had to be prepared! Memorizing a Bible verse before each Sunday was a MUST. I recall one Sunday morning when I was about 7 years old. I had failed to learn my weekly Bible verse. Dad stopped the car right before we got to Pat’s Feed Store in Conroe, and I memorized that verse! I recited it to Dad, and then we resumed our trip to church. I don’t remember that particular verse now, but I do remember how Dad put the ‘fear of God’ in me on that one Sunday morning and not another Sunday went by that I didn’t learn my Bible verse!

My father was a very tender-hearted person with a sweet spirit. He loved the Lord and lived his life as a great example to the four of us kids. My sweetest memory of Daddy was when I was hit by a car at the age of five. I was resting in my bed recuperating, looking up to see Daddy kneeling at my bedside with tears flowing down his cheeks – praying for me! This is a memory I cherish in my heart always.