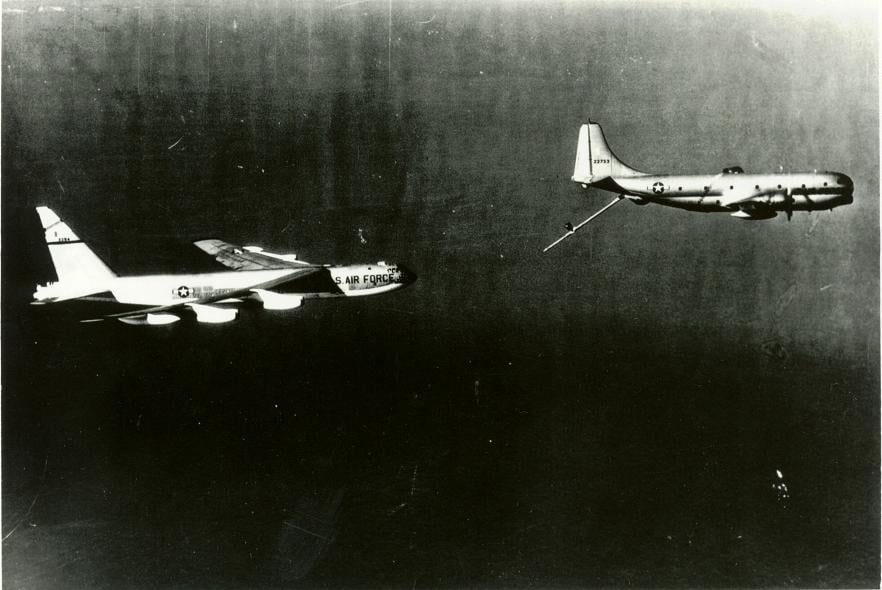 Lyle Eugene Mason was born in Illinois in 1920.  During high school and after graduation he worked as a farm hand and a bus driver.  He enlisted in the Army Air Corp in 1939 and attended airplane mechanic school, becoming an airplane engineer.  He served with the 85th FS from the time it was deployed overseas to North Africa in 1942 until September of 1945, when he was honorably discharged.  He received numerous decorations and citations, including a Bronze Battle Star, while with the 85th.

In October 1945 Lyle married Marguerite Hanna and worked as a painter for his brother until re-enlisting in the Air Force in 1949.  He became a flight engineer on B-29s and then KC-97s, the latter with the 305th Air Refueling Squadron at MacDill (FL) AFB.  Perhaps the highlight of his time with the 305th was being assigned to one of the KC-97s that conducted in-flight refueling of B-52s in 1957 during Operation Power Flite, which was the first nonstop flight around the world by jet airplanes.

After being transferred to the 85th Air Transport Squadron at Travis (CA) AFB, flying into and out of Vietnam, Lyle retired from active duty Air Force in 1964, but stayed in the Reserves until 1973.

Lyle ultimately moved to Florida and worked for Pratt & Whitney Aircraft until his retirement in the mid-1970s.  Upon retirement, he and Marguerite traveled the country.  Lyle Mason passed away in 1986.