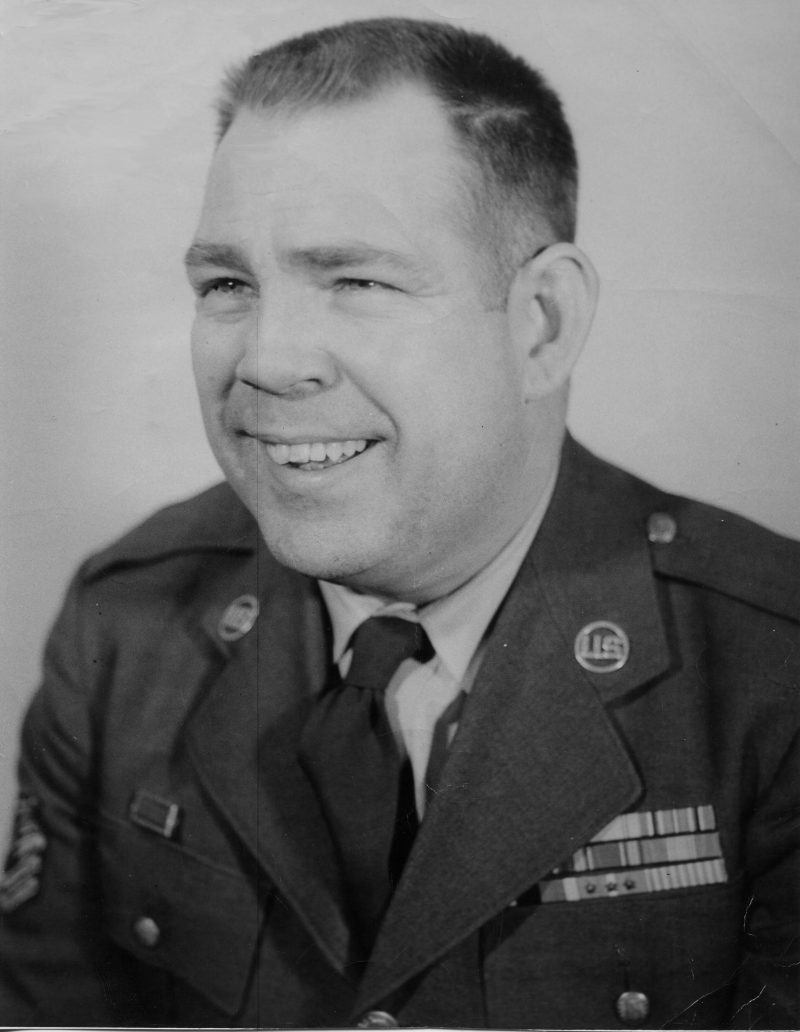 Matthew J. Killewald was born in Michigan in 1922 and served as a Crew Chief with the 86th FS.  He described his experiences during the war in an interview for a school assignment that his granddaughter had, an excerpt being included here:

“…Yes indeed I remember where I was when I heard about the Pearl Harbor bombing!!  I was in the barracks at Selfridge Field, Mount Clemens, Michigan.  I had already been in the United States Army Air Corps about 18 months (I had enlisted three days after High School Graduation ceremonies in June, 1940).  My immediate reaction was “Where the hell is Pearl Harbor?”.  It’s location on the island of Oahu, Hawaii was not nearly as well known by the general public as it is today.  My orders to report for duty at Kelly Field, San Antonio, Texas as an Aviation Cadet were received  by personnel of my Orderly Room (that would be like the Principal’s Office or the Business Office) on  6 December 1941, the day before that “Day of Infamy”.  I was notified on 8 December 1941, the day after the bombing of Pearl Harbor, to report not later than 29 December 1941 for Pilot Training.

Having spent more than 20 years in the U. S. Army Air Corps, U. S. Army Air Force, and the  U. S. Air Force, I’ll restrict all comments in this paper to the period 1940 – 1945.  From 1940 to 1942 I was stationed in Michigan, Illinois, Michigan again, Texas, Michigan again!, North Carolina, Pennsylvania, Rhode Island then sailed from Virginia to Port Tewfig, Egypt via Rio De Janeiro, Argentina and Durban, Union of South Africa.  My Squadron then  moved to the Western Desert about 30 miles west of Alexandria, Egypt and became part of the Desert Air Force of the British 8th Army under General Bernard Montgomery.  We pursued General  Erwin Rommel, the “Desert Fox” with his German and Italian Armies through Egypt, Libya, Tripolitania and Tunisia, all in Africa.  My Squadron then went to Malta and from there we pursued them through Sicily, Italy and moved to Corsica and Southern France.  In the Fall of 1944 I returned to the good ole U S of A to help form a B-29 Bomber Group and go to the Pacific Theater of Operations.  After a short furlough (vacation), I went to Lincoln, Nebraska.  While at Lincoln, my orders were changed and I and others went to Pocatello, Idaho to train the 201st Mexican Fighter Squadron.  They went to the Pacific Area and my organization transferred to Greenville, Texas and then to Abiline, Texas.  I was then ordered to report to Fort Sheridan, Chicago, Illinois where I was Honorably Discharged and returned home in Michigan.  As to the second part of the question, I’d say what Dorothy said in  “The Wizard of Oz” – “There’s no place like home”.

… Let me tell you something.  There was no E-Mail –but there was V-Mail .  We wrote our letters on one page forms which were reviewed by military censors that made sure we were not disclosing any military secrets.  The form letters were then Microfilmed, flown or shipped back to the states , the Microfilm was restored to paper and finally mailed to the person addressed..  First Amendment rights were not in question.  Everyone realized the future of our nation was at stake and we were aware that “Loose Lips Sink Ships”.

I was a Crew Chief on fighter aircraft.  These were P-40s (War Hawks), P-47s Thunderbirds) and P-51s (Mustangs).  It was our job to “Keep ‘Em Flying”.  For recreation during the war, we played cards, softball, did some sightseeing, read whenever we had the time.

“V-E DAY” (Victory in Europe) was a very important day to me.  I was already a civilian but I was very happy knowing my comrades in my Squadron were somewhat out of peril, but I still had a brother fighting Japan in the Pacific.  “V-J DAY” (Victory over Japan) was a month or two later and was cause for great celebration, but families with members in the Pacific Area did not know if they were alive or dead.  This had a mollifying effect on the celebrants.”

After the war ended, Matthew Killewald received an Honorable Discharge.  However, he re-enlisted in the Air Force where he remained until 1964, retiring as a T/Sgt.  He later went to work for the Defense Department as a computer systems analyst.  Matthew Killewald passed away in his home state of Michigan in 2004 at the age of 82.

Of interest is whereas he mentions in the interview that he reported to Pilot Training at Kelly Field,  but that he ultimately served as a Crew Chief.  He did complete flight school but, like many immature young pilots, couldn’t resist the urge to “dive bomb” a flock of sheep in a farmer’s field while taking his stateside solo flight, just to watch them scatter.  Unfortunately, the farmer made a complaint to HQ and as a result he was permanently grounded.  However, his grounding was a blessing in disguise because his particular flight class had a high (>90%) attrition KIA rate during the war.