An autobiography by pilot Powell A. Scheumack. 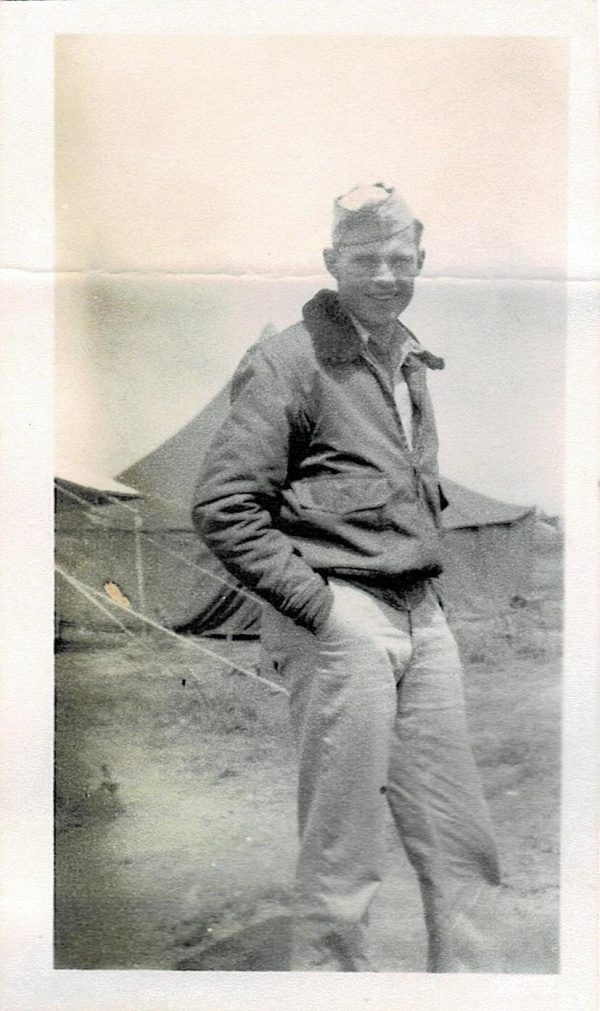 Powell Scheumack was born in Victoria, TX, in 1921, and graduated from Victoria High School in 1939.  Both he and his brother Jim were attending Texas A&M when the Japanese attacked Pearl Harbor on 7 Dec. 1941.  Powell quit college to join the Army Air Corp and became a pilot. He was assigned to the 85th FS on 20 December 1943, when the 79th FG was operating from a small field near Madna, Italy.  He flew his first combat mission, including his introduction to flak and ground fire, about an hour after reaching the 85th. When his tour ended on 25 September 1944, the 79th was stationed at Valence, France, and he had flown 113 combat missions.  He ultimately attained the rank of major.

Mr. Scheumack said that the mission of the 79th FG during his tenure with the group was to provide support to the ground forces and not engage enemy aircraft unless they or the ground forces were being attacked.  The loss rate for pilots in his squadron was 33%. He himself was shot down three times by flak and ground fire.

Mr. Scheumack talked of the conditions that the 79th FG endured:  they lived in tents except for a short stay in some old abandoned apartment buildings in Naples, Italy, and they ate from and washed their own mess kits.  They moved frequently to stay in close range of the front lines and operated from grass of metal lath landing strips. He emphasized that everyone had a job to do and none was more important than the other.

His brother Jim was a civil engineer with the 2nd Engineer Corp during the war and the two of them were able to see each other several times while both were in Italy.

As a pilot, Mr. Scheumack had to bail out of an aircraft four times.  The first occurred on 18 August 1943, when he was stationed in Panama and the engine of his P-40N failed and caught fire over the Pacific Ocean.  At least two of the other three were with the 85th FS and caused by damage to his airplane from flak and ground fire, one of which earned him the Purple Heart award when two shells from a German FW-190 fighter exploded in the cockpit of his P-47, wounding him in the leg.  Whether or not these four bail-outs from a stricken aircraft was a record, it definitely earned him the distinction of being a member of the “Caterpillar Club,” those fliers whose lives were saved by use of a silken parachute.

After the war, Powell returned to Texas A&M, where he earned a Bachelor of Science degree in electrical engineering in 1950 and ultimately retired from the Dashiel Corporation at the age of 75.  He was married to Elizabeth Parker Scheumack until his death in 2013.