A paper by Brian McAvoy Costin, his grandson, about one of his heroes.  This was a high school assignment completed before my father died.

Roger was born on January 19, 1920.  He was originally named James Roger which had been the name of his great-grandfather.  After a while, his mother decided she liked Roger James instead, so that was his name from then on.  Roger was one of the last children in his family to be born at home.  When his younger brother Raymond was born, Rogers’ mother) delivered him at a hospital.

Roger James McAvoy, my grandfather, was born in Forest Park Illinois on January 19, 1920 and was the last person in his family to be born at home and not in a hospital.

When Roger was about five years old, his dog Shep (a German Shepard) saved his life by stopping him from running into the busy street and being hit by a car.  The family lived in Forest Park, IL and later Roger attended Proviso East High School graduating in 1937.  He worked for a few years in a grocery store and World War II happened.

Roger enlisted prior to the start of World War II in order to train as a mechanic.  He trained at Keesler Air Force Base in Biloxi, Mississippi. He later was transferred to Buffalo, NY where he had a seven phase-seven day a week course on the P40 Warhawk.  He continued training in Boston and Hartford.

Roger completed his training and began to serve with British Army soldiers.  He started his tour of duty in October 1941, two months before Japan bombed Pearl Harbor and the United States entered the war.  His main job was as a crew chief.

He went through the Western Desert campaign where he fought against the famous German General Rommel. He was stationed in Libya and Tunisia. Later he went north and spent time in Malta, Sicily, Italy, Corsica, Southern France, and back to Italy. After the war in Europe was over he was stationed in India and Burma for a time.

For the entire war he served in a British uniform, was transported in British trucks, and ate British food.  Conditions were often horrible and while they were in the African desert, they had to wash their clothes with gasoline because they didn’t have enough water.  They often were starving and all they had to eat were crackers, and the crackers had worms in them, but they ate them anyhow.

The war’s scariest moment for my Grandpa was when he was on an airfield and a German plane flew by so close that he could see the person piloting the plane. Luckily the fighter did not fire at him.  It was probably because he was coming back from a mission and used up all his munitions. Unfortunately, only one of the pilots that Roger worked with in the war lived. The rest were killed in action.

Later after the war, Roger married my Grandmother Jean Marie Garry and they had five kids.  My Grandpa volunteered to serve in the war not because he had to but because he thought it was the right thing to do. Later, when the US entered the war, many others were drafted.  My Grandfather joined before the draft began. I think that all people who fight in wars to protect the freedom of others are heroes.

While Roger was at war, his father died.  When he returned, he lived with his mother and began to look for a job.  His mother, a former telephone operator, thought it would be good for Roger to work for the phone company.  He got a job there as a telephone repairman.  He met Jean Garry at a CYO (Catholic Youth Organization) dance.  Jean was only 16.  He liked her but she was just too young.  He kept an eye on her until she was 18 and then they began to date according to a family story.  They married shortly after Jean turned twenty.

Jean and Roger lived in Oak Park, IL when their first three children were born, Susan Marie, Patricia Jean and Michael James McAvoy.  They went to St. Catherine of Siena Church in Oak Park, IL.  They lived in an apartment on Lombard Avenue in Oak Park.

Shortly after Michael was born in 1953, the family took the plunge and brought their first home.  Housing was cheaper out in Villa Park, IL, so they moved out there.  There were two commuter line railroads within walking distance of the house (the Chicago Northwestern RR and the Aurora-Elgin) so they determined accessibility to Chicago would not be a problem.

The kids grew up and attended Lincoln Public School (for kindergarten), St. Alexander’s School (1-8th grades), Willowbrook High School (all in Villa Park).  After Willowbrook High School, Roger and Jean decided they would give their kids a chance for a college education.  All five of the McAvoy kids eventually graduated from Northern Illinois in DeKalb, IL.

Roger continued to work at AT&T and advanced through the ranks through hard work.  He became a supervisor and a teacher of telephone workers.  He received an award for over 30 years of perfect attendance.  His employer, Illinois Bell/AT&T, originally had a monopoly over all telephone services in the country.  The monopoly was being broken up effective January 1, 1984.  Late in 1983, Roger took an early retirement offer from AT&T and left the company at the end of that year.

Jean continued to work for a few years.  They purchased a home in Venice, Florida in 1985 and commuted back and forth to Villa Park for about a year.  Already in Florida in the same subdivision were Jean’s three sisters. They moved permanently to Florida in 1986.  They had a happy retirement for almost ten years, when Roger was diagnosed with esophageal cancer in 1996.  When doctors investigated to determine if they could remove the cancer, they learned that Roger’s heart was not strong enough to undergo an operation.

Roger fought bravely to the end.  He never complained or said he was in pain.  One of his sons-in-law, said Grandpa was a true soldier and he just continued on.  He died on December 7th, 1997 at the age of 77. 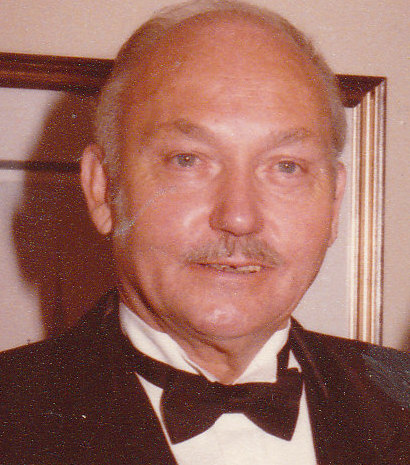