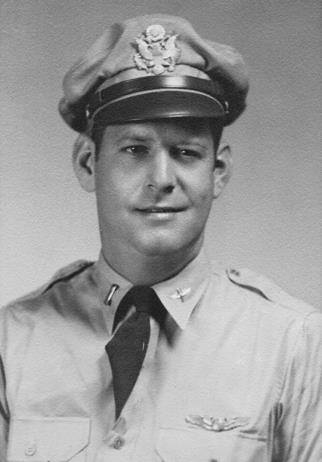 “ERWIN AIRMAN WRITES EPIC OF HEROISM” – A daring headlong swoop into heavy enemy anti-aircraft fire and a nest of “dog fighters” over the Gulf of Tunis to help a fellow pilot out of danger brought acclaim to Lieut. William L. Ryburn of Erwin and his plane, “The Tennessean”, and a story of the adventure from Lieut. Chester M. Campbell of the public relations office with the young officer’s fighter squadron. 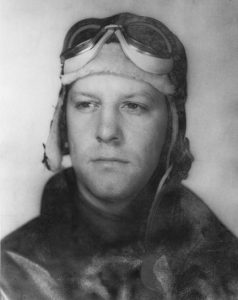 In the action, Lieutenant Ryburn, who was section leader, sent a German Messerschmidt (ME 109) into the sea. The story, dated May 8, was mailed to the Press-Chronicle from the fighting front. Lieutenant Campbell wrote: ‘Lt. William L. Ryburn, son of Mr. and Mrs. John Ryburn of Erwin, Tenn., pilot with the Flying Skull fighter squadron operation in Tunisia, recently flew his Warhawk into a heavy barrage of anti-aircraft fire to send an ME 109 diving into the sea after the enemy aircraft had tried to “shoot up” another American flyer.

Flying as section leader of the protective top cover on a dive bombing mission over enemy shipping in the Gulf of Tunis, Lt. Ryburn had just turned his section about when shore batteries opened with a tremendous barrage of ack-ack fire.’ 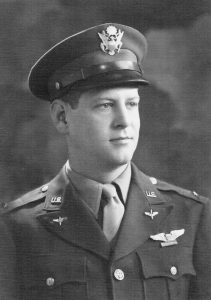 ‘At the same time, two ME 109’s came screaming down out of the sun at Lt. Kenneth D. Scheiwe of Watseka, Ill., who was flying on Lt. Ryburn’s right wing. The first ME let go his machine guns and cannon at the unprotected tail of Lt. Scheiwe’s Warhawk, made two hits in the tail assembly.

Lt. Ryburn made a steep turn to the right to go to the aid of his fellow pilot, and fired wildly at the first enemy plane; who peeled off to the right and went up and out of range. The second ME, following close behind, made the error of getting within 50 yards of the Warhawk’s guns.

Pouring a steady burst of 50 caliber shells into the enemy plane, Lt. Ryburn saw a large section of tail assembly flying into space, and the plane veered away and started spinning straight down into t he gulf. It was seen to crash into the sea. Lt. Ryburn’s plane, “The Tennessean” was slightly damaged by the ack-ack fire, and Lt. Scheiwe returned safely to the base.’ “ 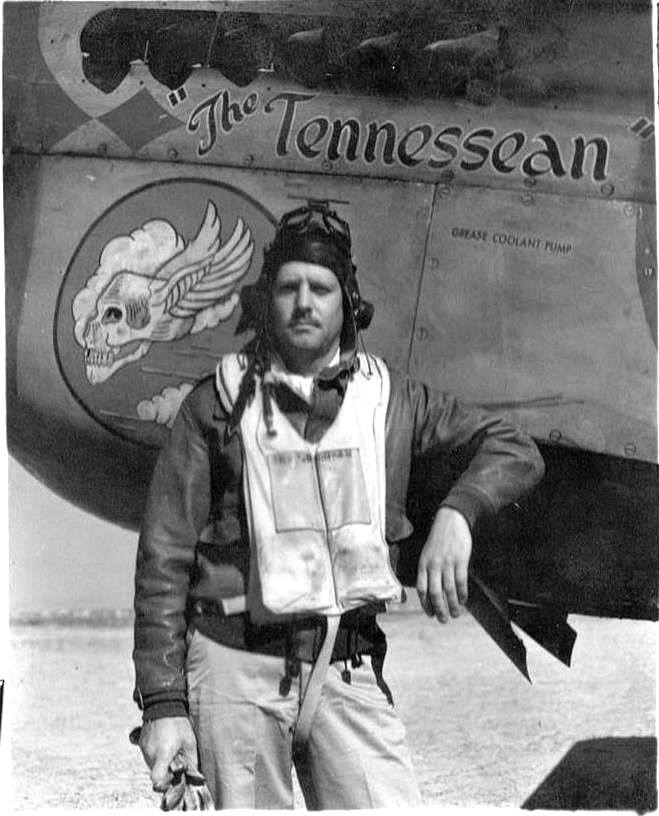 “ERWIN PILOT GIVEN D. F. C. – First Lieut. William L. Ryburn, Erwin fighter pilot with the Flying Skull squadron, has been awarded the Distinguished Flying Cross, it has been announced by headquarter s of the Ninth U.S. Air Force in the Middle East. He is a son of Mr. and Mrs. John D. Ryburn of 620 Love Street, Erwin.

The award was made for distinguished and meritorious achievement in aerial combat against the enemy. ‘His superb airmanship and superior skill greatly contributed to the successful North African campaign,’ the report continued.

Lieutenant Ryburn, who received the Air Medal in June, is credited with the destruction of two, German ME 109’s. Over the Gulf of Tunis early in May he shot down an enemy fighter, which was hot on the tail of a fellow American pilot. His second victory took place over Pantelleria Island in June, when he shot down another ME 109.

A graduate of East Tennessee State College, Lieutenant Ryburn was an athletic coach and teacher before joining the Air Corps. He received his commission in April 1942.”